THE story of Kilkenny hurler Eoin Larkin was celebrated in the opening programme of Season 19 of Laochra Gael which returned toTG4 on Thursday, March 25.
Hurling has been at the core of Eoin Larkin’s life since he was a boy. And the game was vital in maintaining Larkin’s bond with his father after his parents’ separation. After successful years underage, Larkin became a cornerstone of the greatest team of all time, winning eight All Ireland medals and Hurler of the Year. But in the background he was struggling.
Towards the end of his career, his mental health declined. He kept his suffering a secret, until he received a phone call from Brian Cody that changed his life.
The Eoin Larkin episode was directed by Hugh Walsh, and among those who took part in the programme were: Eoin Larkin; Anne Larkin; Allen Larkin; Damian Lawlor; Jackie Tyrrell; Máire Treasa Ní Cheallaigh; Mark Foley; Michael Rice and Shane McGrath
The definitive GAA sports series returned to TG4 or a 19th series and is available for catch-up on the TG4 Player.
The hour-long format has proved a huge success, bringing each player’s personal stories to screen. The series which already featured six extraordinary Laochra with genuine star quality took a break from our screens but is now returning with the remaining six Laochra. The series reveals deeper, fresh and sometimes unexpected insights into the lives of these icons. While their sporting careers continue to provide the backdrop to the story, the series travels well beyond the four white lines. Gripping personal storylines will compel viewers to travel towards territory unique to the GAA television landscape.
This new season’s batch of GAA Legends kicked off in January and already included Kevin Cassidy who lost out on an All-Ireland medal because of his contribution to a book – Ryan O’Dwyer, who was on the cusp of leading the Dublin hurlers to glory, before he cost them an All-Ireland title. Thérèse Maher, who finally fulfilled her destiny having lost five All Ireland Camogie Finals. Roscommon’s Shane Curran, one of football’s great characters, and the prototype of the modern playmaking goalkeeper. Johnny Pilkington, the heartbeat of the mighty Offaly hurlers of the 1990s, and one of the game’s greatest characters. And Dermot Earley, who showed extraordinary courage in the face of crippling injuries, cancer and the death of his father. These can currently be viewed on the TG4 Player.
Along with Eoin Larkin – in this run of GAA legends we have Pete McGrath, the Down manager, who inspired the Ulster Takeover, uniting the province and the country in the process. Briege Corkery, With 18 All Ireland medals, she is the centre of any conversation about the greatest of all time. Bernard Flynn, who won it all on the field with Meath, but who lost everything he had when he retired. Tyrone icon Seán Cavanagh and his lifelong struggle with confidence and self-worth. And finally Liam Griffin, who came from nowhere to become the unlikely saviour of Wexford hurling.
The series is produced by NemetonTV, the independent production company from Ring in the Waterford Gaeltacht which has produced much of TG4’s acclaimed sports coverage.

Next When humans and the virus variants can safely co-exist 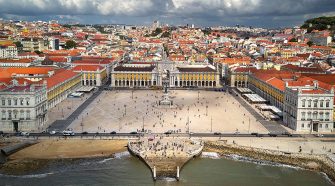 Why Portugal should be on your post-Covid holiday list